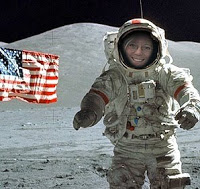 The Great Escape. The story behind how Portal was developed.

Why 3 Man-Sized Cages Hang From a Medieval German Church Steeple. The Protestant Reformation led Münster, Germany, to war, because one's salvation was not to be trusted to free will, and neither was political power.

After Charlottesville, The American Far Right Is Tearing Itself Apart.

The Many Deaths of the Joker. The villain is killed off time and time again, but he's too good to get rid of permanently.

The Magazine That Started a Feminist Movement in Japan. Seitō was groundbreaking literature in 1911.

Is Beaming Down in Star Trek a Death Sentence? We don't know whether the re-assembled atoms at the other end are the real you. (via Metafilter)

Victorian Paintings: A Miscellany. They are so much better with modern captions.

The True Story Behind Billie Jean King’s Victorious “Battle of the Sexes.” It was just one chapter in her campaign to elevate women in tennis.

The Delicate Art of the Amusement Park Caricature. The artist must negotiate the body images issues of strangers every day.

Snooperkatz, the Lost Cat of 1894. (via Strange Company)