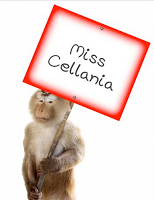 Cowabunga! Strange Cow Stories. Bossy has gotten herself into some weird places.

16 Great Stephen King Stories to Read This Fall. In case you want to scare yourself silly alone in the dark.

How Two Lesbians Fought the Nazis With a Typewriter. Lucy Schwob and Suzanne Malherbe kept up a propaganda war from their home in the Channel Islands.

Can You Survive on Potatoes Alone? Maybe, but there are drawbacks to potatoes as a life-sustaining food.

In 1832, a British Navy doctor was approached by a sailor who had a dining fork embedded in his back! He couldn't recall how it got there.  (via Strange Company)

Guess Whether These Headlines Came From Breitbart or 1920s KKK Newspapers.

Why Back-to-School Season Feels Like the New Year—Even for Adults. The majority of people spend more than half their lives tied to the school calendar.

A Visual History of Lunchboxes. Come for the nostalgia, stay for the trivia.

An Austrian Ossuary Holds Hundreds of Elaborately Hand-Painted Skulls. The custom is a combination of memento mori and identification.
Posted by Miss Cellania at 9/19/2017 07:00:00 AM

I can imagine what the TSA would do to that sailor with the fork in his back.

"We have ways of making you remember where you got that!"