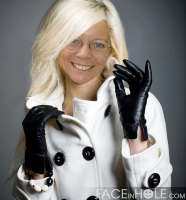 Carl Akeley: The Great White Hunter. He killed a leopard with his bare hands and stuffed a circus elephant.

The Absurd Rules for College Women That Were Actually Enforced in the 1950s. While the guys were considered adults, women had to be tightly regulated.

The site Советские Movies offers a wide variety of movies made in the Soviet Union with subtitles or dubbed in English. Select a comedy, romance, drama, science fiction movie, adventure, or cartoon. (via Flavorwire)

Anon and his hermit crabs. The story is an emotional roller coaster, and possibly true.