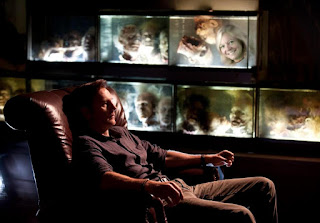 Life and Limb. How the very first Civil War amputee went on to develop prosthetic limbs and a business to provide them.

The Women in My Family Had to Be Good With Money. Not because they didn’t have enough, but because their husbands would take it from them. (via Metafilter)

The Misadventures of the Other Grand Duchess Anastasia, the Last "Real Romanov.” The last Tsar’s cousin was a true character as well as royalty.

In the 1430s, King Sejong came up with an idea to develop a Korean alphabet based on the sounds of the spoken language. That scared the wits out of the ruling elite class, who objected for centuries.

JFK's Goat-Out-the-Vote Campaign. It took a goat to get Massachusetts voters to give the young politician a good look in 1946.

What Is the Earliest Evidence for Life on Earth? It may be chemical smears inside gemstones.

8 hilariously outdated sex ed films you can watch online. No sex, though; they’re all about puberty in girls.

Damon McMillan and friends spent three years designing, building, and perfecting a solar-powered boat called the SeaCharger. How far can a boat like this travel by itself? You can keep track of the SeaCharger as it makes its way to New Zealand at the project’s website. (via Metafilter)
Posted by Miss Cellania at 8/23/2016 07:00:00 AM