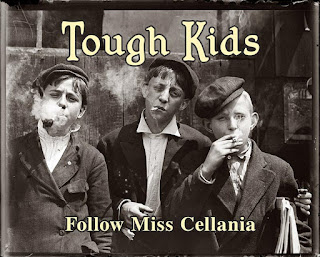 Bagel Research Review. How bagels can affect your drug test, or even your health.

Cookie Monster Searches Deep Within Himself and Asks: Is Me Really Monster? (via John Farrier)

There have only been 12 people in the world who have gone over 400 miles an hour in a piston-powered car. The twelfth man to do it was legendary racer Mickey Thompson’s son Danny, who broke his father’s speed of 406.6 miles last week. http://www.cnn.com/2016/08/22/us/danny-thompson-bonneville-speed-record/ (via reddit) https://www.reddit.com/r/pics/comments/4z4au1/it_took_almost_50_years_but_i_set_400mph_speed/

The History Of Mac And Cheese.

11 Super Creepy Modern Conspiracies That’ll Make You Believe. Unless you do some further investigation, then you won’t believe.

The Big Sleep: Proof That Plot Doesn’t Matter. We could never figure out what was going on, but we loved watching Bogie and Bacall.

Extinct Marsupial Lions Killed Prey in a Really Weird Way. Thylacoleo carnifex must have been terrifying to prehistoric Australians.

Late-Night TV Shows You Might Have Missed. Night owls have always been a test audience for experimental television.

Women are literally expected to do all the chores, depressing study finds. This belief holds true for full-time working women, even if she’s making more money than her husband.