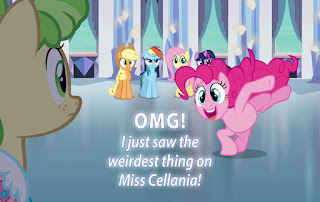 Why Are Flowers Placed on Graves? Eddie Deezen has the story.

What Questions the 50 States Ask Google. (via the A.V. Club)

The Commute Map is an interactive graph that shows the flow of commuters in your area. Mark Evans explains more about this visualization at I Like Big Bytes. (via Metafilter)

What The Mark Of The Beast Taught Me About The Future Of Money.

Ranking the best that McDonald's has to offer around the world. April Siese tried them all so you don’t have to.

America’s First Female President (Sort of). Edith Wilson stepped up to run things when her husband suffered a stroke.

Two versions of Good News set the tone for decades of campus comedies. The 1930 version was a victim of the Hays Code; the 1947 remake was cleaned up.

10 Ridiculous Headline/Picture Combinations (That Should Have Led To Major Firings). No one sees the big picture until it’s already gone to print.

The Surprising Upside of Herpes. Not that you’d want it, but there may be a silver lining.

Why This Professor Leaked Standardized Test Questions. You can’t protest what you don’t know about.
Posted by Miss Cellania at 5/31/2016 07:00:00 AM