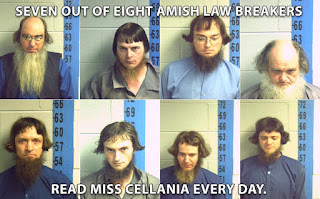 15 Things You May Not Know About The Andy Griffith Show. Eddie Deezen has the lowdown.

Jonathan Lawrence was the third director hired to shoot the film Empires of the Deep, but the first of three to direct the actual shooting. The story of what went on behind the scenes at Atavist magazine is a fascinating look at how culture clash can suck millions of dollars down the drain. (via Digg)

Volunteers are fueling the growth of orphanages in Uganda. They need to stop. (via Metafilter)

Ranking the Romances of the Marvel Cinematic Universe. Some are meant to be, while others are just phones in.

I Tried To Follow 8 Different High School Dress Codes And It Was Frustrating. Believe  it or not, uniforms are easier.

New Zealand Has A Cave Full Of Glowworms, And It’s Wholly Surreal. It fits in well with the Middle-Earth esthetic.

15 Unrepentantly Trashy Beach Reads for Summer 2016. You might even enjoy them stuck in a flyover state.

The scientific case for being super busy. Your hurried schedule says good things about you.