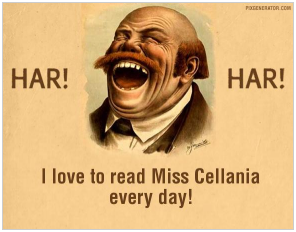 It’s a Bad Idea Charlie Brown! The Peanuts specials you remember are just a fraction of the ones that were made.


A Look Back at Star Trek IV: The Voyage Home. The one film that even non-Trekkies can quote. (via Metafilter)

The Fake Disease That Plagued Darwin, and Other Illnesses That Never Actually Existed. Status Lymphaticus, anyone?

Combat juggling exists, and it is damn entertaining. Can you keep three pins in the air and mess your opponent up at the same time?

Why the First Cremation in the U.S. Was So Controversial. Strange that it didn’t happen until 1876.

Why the Big, Bad Kaiser of World War I Grew Up to Be Such a Jerk. Kaiser Wilhelm II had a tragically strange relationship with his mother.

The Gospel of Supply-Side Jesus.

The Cathedral Floor Made of Tombstones.  (via the Presurfer)