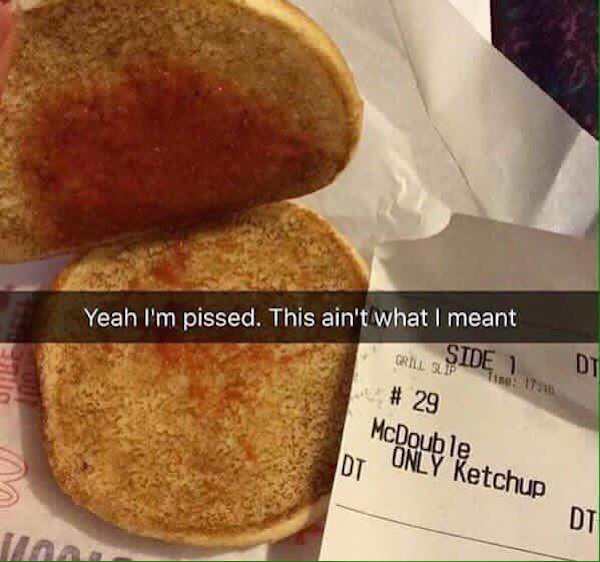 Imagine how pissed you would be if that hamburger assembler (notice I didn't say cook?) was being paid $15/hour for such a good job.

That's not what I would be pissed about. But if I had even though about it, I'd say a living wage would go a long way to helping people not hate their job so much. It is curious that someone else's pay was the first thing that made you angry about this.

Stop being so prissy about what you eat. Just order the burger the way it's designed and you won't have to worry about being disappointed. Of course, if your regular diet consists of processed meat, bread and ketchup, you won't likely live long enough for it to matter.