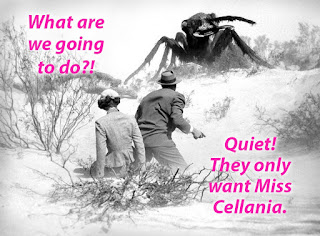 Some When Where Why of Dogs Barking. Strange scientific research on dogs and their barks.

There's A Massive, Icy Underworld Hiding INSIDE One Of Hawaii's Volcanoes. It’s not where you’d expect to find an ice cave.

Could We Handle Labyrinth in 2016? Even of there were to be a remake (which there isn’t), the story wouldn’t go over so well in this century.

A Celebration of Comics' 13 Greatest Devils and Demons. They make even the most flawed superheros look better in comparison.

The Wedding During a Blizzard. When you can’t change the date and a disaster strikes, all you can do is roll with it.

10 Horrific Deaths That Happened While Filming a Movie. The glamor of Hollywood comes with a steep price for a few unlucky actors.