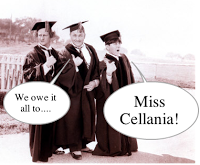 How Did the Beatles Get Their Name? Eddie Deezen tells of the many stories behind the idea.

Welcome To Larry Ellison’s Cat Island. The Hawaiian island of Lana’i is home to thousands of feral cats, 425 of which live in a unique shelter.

Why do so many people support Donald Trump for president? For a lot of them, it’s all for the lulz.

On a lark, Ralph Jones decided to answer all his PR email saying “I love you” for a month. Some ignored it, some stopped contacting him, but a few responded in kind. (via Marilyn Bellamy)

Oliver Sacks: Sabbath. As he succumbs to cancer, Sacks finds peace with his family religion.

The Petrifying Well of Knaresborough.  It was once considered cursed by the devil, because objects that came in contact with the water turned to stone! (via Ralph Roberts)

Why New Orleans’s Black Residents Are Still Underwater After Katrina. A tale of banking ups and downs in the Big Easy.

Is The Walking Dead Cable’s Most Popular Show Because Of Its Family Values?

Henry Tukeman’s account of killing a mammoth in 1890. It caused the Smithsonian no small amount of grief. (via Cliff Pickover)