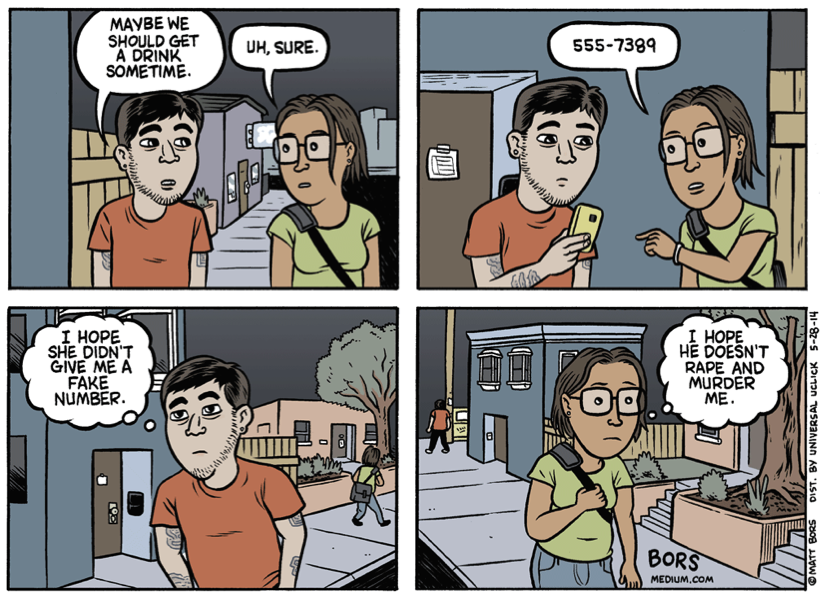 Last week, the trending topic was the Twitter hashtag #YesAllWomen. I kept collecting good articles on the subject and meant to post them all at once, but have not gotten around to it until now. This list was whittled down from one three times as long, in case you want to see what’s been said.

When Women Refuse is blog of stories of violence inflicted on women who reject sexual advances.

Straight talk from a mom to her son about women who might not want to have sex with him.

An Open Letter To All Men Concerning #YesAllWomen. By Arthur Chu.

Your Princess Is in Another Castle: Misogyny, Entitlement, and Nerds.

Phil Plait wrote a sensitive and thoughtful piece on #YesAllWomen and immediately received hundreds of defensive comments from men.

The Twitter conversation around #YesAllWomen is a sobering reminder of how commonly women are robbed of a sense of dignity and full personhood.

So You’re A Man With An Opinion About Feminism And #YesAllWomen.