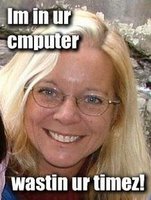 Forgotten Heroes Who Changed the Course of American History.

12 Internet Memes You Can Snuggle Up With.

33 Misconceptions Men Have About Women’s Bodies. And by “men,” they mean 12-year-old boys on reddit.

Between 12,000 and 13,000 years ago, a 15-year-old girl wandered into a cave on the Yucatan Peninsula in Mexico and died. Then the Ice Age glaciers melted and the cave was filled with water. In 2007, divers discovered her skeleton and the DNA of the girl they call Naia has since been sequenced. (via TYWKIWDBI)

Same Sex Marriage Map. This animated map shows the evolution of laws governing same-sex marriage in the United States from 1994 to today. (via Metafilter)

The Leaked Plot For Jurassic World Is Gleefully Insane. We can only hope it’s not a red herring.

How To Fail At Having A Book Club In 29 Easy Steps. Maybe you should just join an established club online.

I Wanna Marry “Harry” is a new reality competition dating program in which the women are told the bachelor is Prince Harry -but he’s just a lookalike. The big reveal will presumably happen on April Fool’s Day.

Can You Pass A Middle School Spelling Test? Of course you can, and me, too, although I would fail a typing test.

Could a robot do your job? Probably, and sooner or later the only people making any money will be those who own the robots.
Posted by Miss Cellania at 5/21/2014 07:00:00 AM