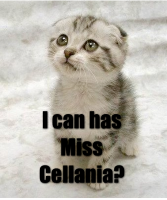 Mirror, Mirror on the Wall. The history of the mirror.

The town of Zillah, Washington, has a Church of God, listed as the Church of God-Zillah for longer than the movie monster has existed. But the obvious pun has brought them some attention, and they ran with it. (via mental_floss)

19 Things You Probably Didn’t Know About Disney Pixar’s Up.

Google marked the 40th anniversary of the Rubik’s Cube with an interactive Google Doodle. If you missed it, here’s the permanent version.

The Worst Day Of My Life Is Now New York’s Hottest Tourist Attraction. A firsthand report from the 9/11 Memorial Museum.

Seven helpful tips, or what they now call life hacks, for dogs. No, not about caring for your dog, but if you are a dog.

How the Internet is changing the face of diversity on television. Immediate feedback on Twitter has brought some common sense to TV programming.

A Comprehensive History of Toho’s Original Kaiju (and Atomic Allegory) Godzilla. The monster evolved while bouncing back and forth between Tokyo and Hollywood.

Artists pay tribute to H.R. Giger via the medium of weeping xenomorphs. A simple yet unmistakable message.