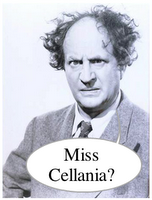 The Favorite Books of 32 Famous People.

The economic recovery has increased inequality in America. Only the top 7% have recovered, while the rest of the country's net wealth has declined. (via Boing Boing)

These Are the Best and Worst Jobs of 2013. Once again, "blogger" isn't even recognized as a job.

After Earth with Will Smith looks like it may be a pretty good summer film. But only if it's more intelligent than the weirdly-constructed trailer.

Why the brokenness of breaking news probably won’t ever be fixed. When the competition for eyeballs is fierce, there's no time for accuracy.

10 Incredible Ancient Cliff Dwellings. A home carved into a cliff face has many advantages: it's climate-controlled, easy to defend, and sturdy.

“Half of my graduating class is dead ’cause of pills.” The documentary Oxyana looks at the Oxycontin addicts of a small West Virginia town.

Meet six animals that dance. After all, bustin' a move can keep you young!