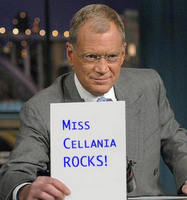 The Birth of the Dishwasher.

How Did the World's Rich Get That Way? Luck.

The Day Batman Crashed Into Chelsea. (via Metafilter)

A History of "Trial By Ordeal."

Jack has an incredible talent for balancing things on his head. He didn't tell us why he does it, because he's a dog.

The 2010 BP oil spill in the Gulf of Mexico was worse than we were led to believe. And we thought back then that it was horrible.

Drawing Disney Princesses as sloths seems to be about the silliest idea in a long long time. So go take a look -you know you want to.

9 extremely outdated etiquette tips from the 1950s.  To make it easy on yourself, never eat corn on the cob or talk to the pope.

6 TV characters who returned from the dead. A little cognitive dissonance is worth it to bring back a character people really want to see.