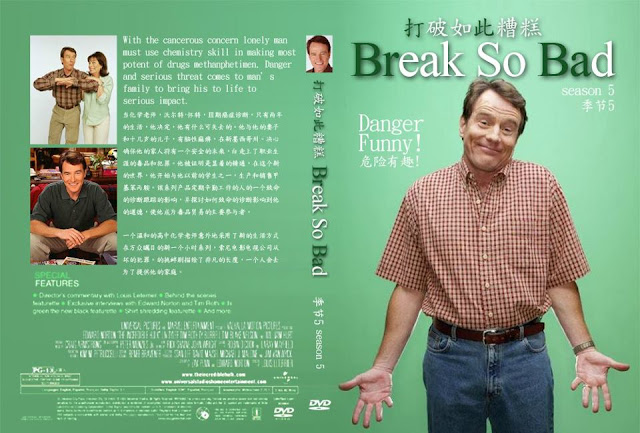 A Chinese bootleg version of the AMC series Breaking Bad may have been intentionally designed to be confusing so as not to draw attention to its illegality. Ya think so? How else could you explain it turned into a comedy? At least they have Brian Cranston on the cover, even if it is the wrong role. The English on the cover says:


With the cancerous concern lonely man must use chemistry skill in making most potent of drugs methamphetamine. Danger and serious threat comes to man's family to bring his to life to serious impact.

Well, that makes you want to watch it, doesn't it?That and the fact that it's labeled as season five, which hasn't completely aired on TV yet. (via Buzzfeed)