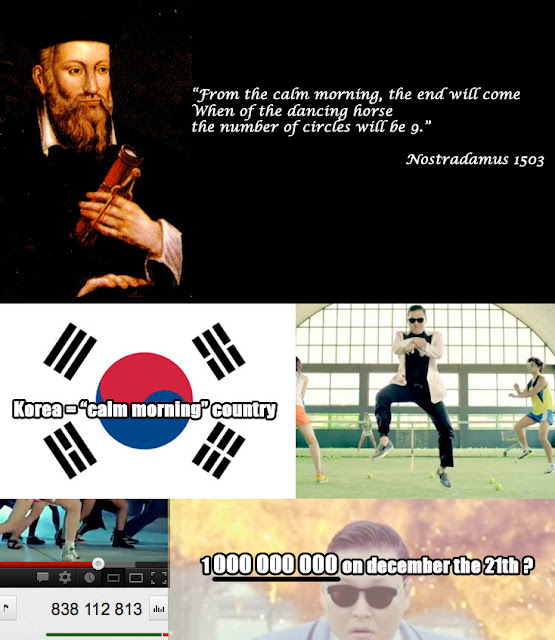 Is this post supposed to make any sense at all?

Only if you are familiar with the song "Gangnam Style," which I have posted a few times. It is now the most-viewed YouTube video ever, with 805 million views, a worldwide K-pop sensation, about a silly dance that resembles a horse dancing. There are also many silly parodies of the song.

You also need to be familiar with the "end of the world" prediction, which is supposed to be when the Mayan calendar runs out on December 21st, 2012.

And you need to be familiar with Nostradamus, who supposedly made predictions about the end of the world in his medieval poetry. Most of it is so nonsensical that you can read anything into it, and book authors and TV producers have scared the wits out of many gullible people interpreting them.

However, there is no evidence that Nostradamus ever wrote the lines in this image. You'll find the same about quite a few of his scarier predictions.

But otherwise, it makes no sense at all.