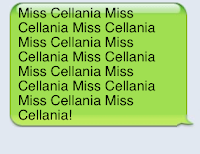 The Who's Tommy: how the "rock opera" was invented.

Some Thoughts and Musings About Making Things for the Web. I can relate so much to this, except for the fact that Matthew Inman is talented and I'm not.

Why Coke Cost A Nickel For 70 Years. (via Metafilter)

The Definitive Guide To Surviving Black Friday. It's easier than you may think!

Since mercury was found in his hair, Danish astronomer Tycho Brahe was thought to have been poisoned. New findings have been released on the 300-year-old mystery.

10 Pictures That Prove George Lucas Used To Be One Cool Dude. Ah, those were the days!

A new book tells the story of a father trying to help his son come out of the closet. Even with family support, he feared harassment from his peers -which they were eager to provide.

Some of the dogs and cats displaced by hurricane Sandy have found refuge in …San Diego? The shelters in the damaged areas still lack power and the ability to hold animals for long.