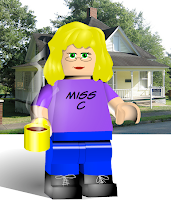 The story of "Rock Around the Clock."

The "mystery woman" seen with Kim Jong-Un recently was the source of international speculation, which all turned out to be wrong. The North Korean leader married Comrade Ri Sol Ju a few years ago, even before his father died.

Cloud Atlas has an amazing 5-minute trailer. The story spans thousands of years, but the Wachowski brothers appear to be up to the challenge of bringing it to the big screen.

They go fast and sweat a lot, but Olympic athletes will have the world's cameras trained on them for two weeks. Some are willing to share the beauty secrets of their sports.

Athletes, especially those in endurance events, burn two to three times as many calories as the rest of us. To get that much fuel replaced requires lots of healthy pizza, ice cream, and beer.

Unprotected is the autobiography of a condom who lives in a wallet, whose story parallels the life of Jordi, who owns the wallet. Altogether, a delightful short story that might make you go all verklempt before it's over.  (via Metafilter)