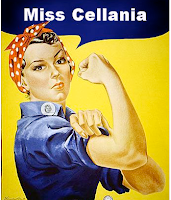 A Self-Made Man Looks At How He Made It.

The Dumbest Western Ever Made. This article about Jesse James Meets Frankenstein’s Daughter also comes with the movie in its entirety.

How I Lost My Fear of Universal Health Care. A die-hard conservative Republican moves to Canada.

Did you know that 98% of all people do not trust the internet? That's astonishing, but it must be true, because I read it on the internet.

The FilmDrunk review of The Dark Knight Rises is a little complicated because it looks at both the film and the story behind how it was made. And there's lots of, um, colorful language.

Pomplamoose performs The Dark Knight Theme. The rather short video will blow you away, just like it does the bad guys.

What Kind of Superhero are You? A "choose your own adventure" type game will tell you what powers you have inside you.

A pair of baby Harris hawks learn the ways of the world by fighting each other over their breakfast. One day they'll be terrifying predators, but now they're adorable balls of mad fluff.

The quote at the top is somewhat chilling, as the view of one of Canada's top medical guys