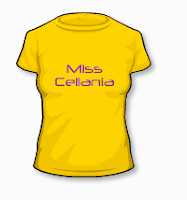 The Avengers did pretty well on opening weekend ...smashing box office records like the Hulk smashes scenery. Some "unofficial" merchandise was out of this world in a different way.

68 Photos Of Badly Dressed Celebrities, Large Hats, And Drunk People At The Kentucky Derby. Which is the stuff we really tune in to the Derby for, anyway.

On April 29th, 1934, Ruth Warren was washing dishes and noticed her new 1934 Ford Fordor Deluxe Sedan was missing. A month later, they were informed the car was in Louisiana, with 160 bullet holes in it, after Texas lawmen shot and killed Bonnie Parker and Clyde Barrow. (via Everlasting Blort)

Vice-president Joe Biden won't say anything contradicting his boss, which is how vice-presidents are. However, he went on record yesterday as endorsing gay marriage.

Government austerity measures are in vogue all around the world right now. Nobel Prize–winning economist Paul Krugman says cutting back on spending during bad times is the last thing we want to do.

Now we have an alcohol breath spray that makes you instantly drunk for only a few seconds. Let us count the ways this could possibly go wrong.
Li Li guards his owner's bike. That's a good dog!

Recycled school buses are being converted into ambulances in Kentucky. Hey, it's a step up from living in them or using them for extra classrooms.

Madagascar's Macabre Dance of the Dead. They clean and redress the bones of their ancestors, and make a big drunk party out if it.
Posted by Miss Cellania at 5/07/2012 07:00:00 AM

My County Emergency Services has talked about converting buses to a number of similar uses.

Private Companies who provide hand crews for wildland firefighting, at least here in Idaho, will frequently use converted school buses for transportation of their crews and equipment.

I love the Foster Kitten Cam. Thanks for the link Miss C!

I get all excited when I find something that "just makes people smile."