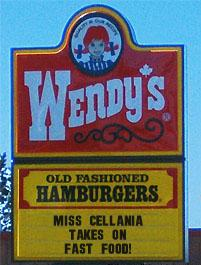 10 Facts You Might Not Know about Star Trek: Voyager.

Double Take Photos. It might take you a minute or so to figure each one out.

The county I was born in is about to make history one way or another.

A new line of Lego toys called Monster Fighters features vampires, mummies, and heroes who fight them. And it has no ties to movies, books, or video games!

What are we going to do about the epidemic of military suicides? "In fact, the number of U.S. soldiers who have died by their own hand is now estimated to be greater than the number (6,460) who have died in combat in Afghanistan and Iraq."

For those of us jonesin' for the return of the AMC series The Walking Dead, here's a little bit of a teaser. See what new character Michonne will look like without her hood and the two armless zombies in her possession.

A litter of mini Australian Shepherd puppies take their first venture outside. They're so cute when they waddle around like that!

There are people who believe the Men In Black movies are based on an actual government agency. They tell stories of alien contact and mysterious agents who threatened witnesses.

Four of the Secret Service agents fired over the Colobian sex scandal want their jobs back. They say, and others agree, that such behavior was tolerated as normal for years.

Would you pay an extra $25 for a window seat on a plane? Some airlines are now charging extra for good seats, which means my kids might be sitting next to you instead of me.
Posted by Miss Cellania at 5/24/2012 07:00:00 AM

re: the Secret Service Agents
One doesn't validate bad behavior by pointing to other bad behavior.