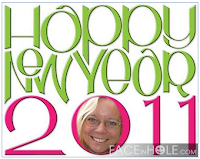 One of our New Year traditions is to kiss someone at midnight. No pressure there, right? A kiss is a great way to start out a new year on a high note, and here’s the science behind it. (via The Intersection)

Ripley’s Says 2010 Was ‘Another Unbelievable Year’ – Believe It or Not! You can believe these weird stories from the past year -they were published by well-regarded news sources.

New Years on TV: 342 Holiday Specials, Episodes, Movies & Marathons. Except for the traditional ball drop, I’ll be spending my holiday with the Criminal Minds marathon! (via The Daily What)

Many blogs listed their best or most popular posts of the year in the past few days. Here’s a list of those lists with a lot of reading material in just a few clicks.

All the other year end lists are listed in this list from Fimoculous: everything from the best movies of 2010 to the strangest pet names of the year.

Forecasts for the year 2011, predicted back in 1931. Some were hilariously off but others were eerily prescient.

9 Major Stories Everyone Got Wrong This Year. News media often delivers the sizzle at the expense of the substance. NSFW text.

Man in a Blizzard (or Idiot with a Tripod) is a short art film about the snowstorm in New York City. It’s got nice music, interesting images, and at least one awesome review.

New York City drops a giant ball in Times Square to ring in a New Year. Other cities drop other things, some strange enough to make us scratch our heads.