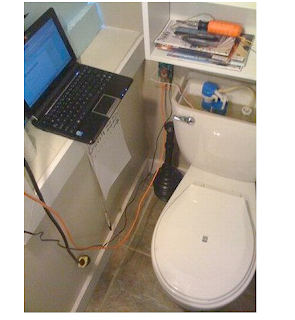 We were delighted to follow the Mars Phoenix Lander Twitter feed, even though we knew that the data collected from Mars was interpreted by NASA before it was sent to Twitter. We also got used to automatic feeds that post articles and blog posts from elsewhere on the internet. Now some enterprising folks have taken the automatic Tweet to new and decidedly strange places. Read how cats, toilets, and brains Tweet in this article I wrote for mental_floss.
Posted by Miss Cellania at 5/12/2009 09:25:00 AM