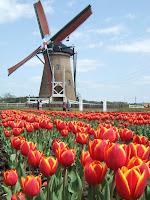 An author contrasts the Dutch social welfare system with the US. Sure, they pay 52% income tax, but then the government pays them for health insurance, schoolbooks, daycare, or even vacations -and they don't pay other taxes. (via Metafilter)

Where Are They Now - Project Greenlight Winners. Did the series produce another Spielberg, or is it too soon to tell?

Mission Impossible: The Code Even the CIA Can't Crack. But they're not too worried about it because it was put there to honor the agency, not to fool them.

The Supreme Court says it's OK for the school to strip search your daughter without calling you first.

What it's like to climb the last leg to the summit of Mt. Everest. You might also want to read the rest of this journal from a team of doctors.

The Top Ten Supreme Court Battles. There's very little compromise when a president nominates justices because the stakes are so high.

The Six Flavors of White Supremacy. The Department of Homeland Security makes it easy for you to distinguish which group you may have spotted.
Posted by Miss Cellania at 5/06/2009 09:42:00 AM