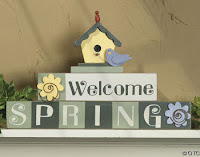 Vernal Equinox 2009: Facts on the First Day of Spring. It appears we will have more than 12 hours of sunlight, which is alright by me!

Research Says Happiness is Contagious. Here, have some!

The Evolution of the Suitcase. As George Carlin said, "That's all you need in life, is a little place for your stuff." (via the Presurfer)

5 Horrifying Tales Of 911 Incompetence. Obviously, these stories are not representative of the overall service.

Would you abort a fetus just because it wasn't yours? Believe it or not, just that scenario arose in Japan and raised all kinds of ethical questions.

We humans are really very bad at predicting what will make us happy. The opinion of a perfect stranger is more accurate than our own calculations.

If you recall the Diet Coke/Mentos phenomenon, you already know Fritz Grobe and Stephen Yoltz, even if you don’t know their names. Geeks Are Sexy has a two-part interview with them about their wonderfully weird projects.

A tent city is Sacramento is home to about 300 people, while the city vacancy rate for rental housing stands at 10.4%. The mayor is considering installing plumbing for the tent city, but there's nothing they can do to move people into real homes. (via Boing Boing)
Posted by Miss Cellania at 3/20/2009 08:22:00 AM