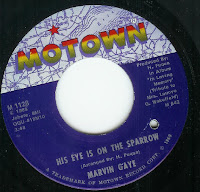 Berry Gordy changed the face of pop music by founding Motown Records, and in the process changed race relations in America. Fifty years later, he tells the real story behind the business.

Which came first, the chicken or the chicken egg? Ardvarchaeology gives us the short answer, but more questions are raised in the comments.

Astronomers have taken pictures of what they believe are planets that revolve around a star other than our sun. If this proves to be so, they are the first such photographs ever.

Carbon-14 formed by atomic weapons testing can be used to date biological specimens, like trees and human beings. You can lie about your age, but your autopsy can find out if you were born in the mid-1950s. (via Metafilter)

Good news for Christmas morning gift opening: some manufacturers are launching new packaging that's easier to open. You won't need to use a saw, blowtorch, or your teeth to get to the product!

Underage soldiers of World War I. They included a future king, a future US senator, and one who is still alive. (via Grow-A-Brain)

The 20 Healthiest Places in America. According to the ranking by the Centers for Disease Control, New England is the place to be.

Salps are jellyfish-like animals that reproduce fast and eat a lot of algae. But can they reduce the effects of global warming?
Posted by Miss Cellania at 11/19/2008 08:24:00 AM