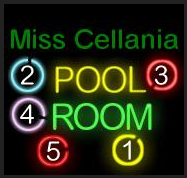 Keeping a Promise When a Life Is Near Its End. You might need to get a tissue before reading this.

The evolution of beer advertising, from portraying a healthful tonic to classy drink to the beer for everyone. Just ignore the fact that it's Pabst Blue Ribbon. (via Dark Roasted Blend)

Humans have taken the natural rhythm of day and night and made it into a very long day. Scientists are only now beginning to study the effects of light pollution.

Don Levy found a suitcase full of photographs ready to be picked up by the garbage service in Watertown, Massachusetts. The photographs show Hiroshima in the period shortly after the US dropped the atomic bomb on the city in 1945.

How a secretary fell in love with science, and therefore scientists. She does her part to make sure SCIENCE IS HAPPENING. (via Bad Astronomy Blog)

Just how are you supposed to give a whale a physical examination? With remote control helicopters, of course!

Treehugger calls Bullshit on Recycling, with a short course on the history of recycling in America.
Posted by Miss Cellania at 11/17/2008 07:13:00 AM