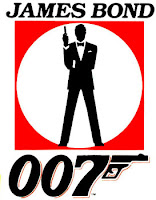 The Dos and Don'ts of the James Bond Lifestyle. Master all these things, and the world will buy tickets to your life story.

The Top Ten Arguments that Can't Be Won. So you may as well not bring them up at the family holiday dinner.

A Colombian woman received a transplant of a windpipe grown from her own stem cells. Unlike other transplant recipients, she won't spend her life taking anti-rejection drugs. This historic transplant might never have happened due to overzealous airline security, but the day was saved by a last minute charter from a German surgeon with his own jet.

People who seem to attract good fortune are different from people who don't. They pay attention, seize opportunities, and count their blessings. (via Geek Like Me)

Ten Reasons why Teddy Roosevelt is the Coolest President Ever. Fun stuff culled from what could have been a much longer list.

Astronomers are discovering that water, and life, might exist on all manner of planets where conditions are very different from those on Earth. "It's like science fiction, only better."