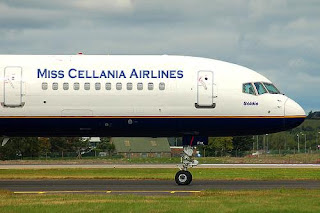 According to an Associated Press poll, The Transportation Safety Adinistration ranks as low in popularity as the IRS, and its barely ahead of FEMA. No respect... because of the types of stories here.

We bumped you from your prepaid flight. If you don’t like it, we’ll call the police.

They thought this guy might be a terrorist because he had £560 on him.

A popular Finnish band was detained and harassed at Minneapolis. One member said he had been treated better by the KGB.

Underwire bra sets off airport security alarms. “It's just another small example of the way our culture of fear has eroded common sense and civility.”

A woman from Iceland was going to spend a few days in New York enjoying the holiday season. Instead, she was jailed and deported.

Even outside Homeland Security horrors, the modern airline system makes no sense and has no relation to the real world.
Posted by Miss Cellania at 12/24/2007 01:50:00 AM