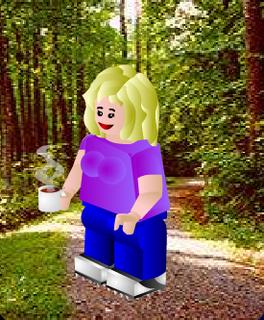 Take a look at TONS of photos from Burning Man 2005, in comic book form. (Thanks, Patrice!)

By now, I'm sure someone has sent you a picture of the Beer Looter Dude. I got four messages about it. He may not know it, but he's got a website, with many many embarassing and possibly offensive (some wouldn't load for me) pictures.

Get yourself a new middle name and some new relatives. 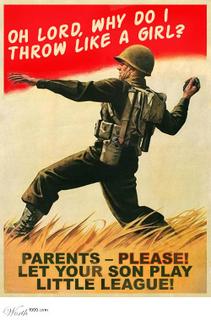 This is an example of Worth 1000’s propaganda poster photoshop contest. There are some talented people out there. And some not-so-talented. And some that have spelling problems. How sad is it that you've spent 48 hours perfecting your photoshopped masterpiece, submitted it, seen it on the website, then realize there's a misspelled word? No, don't bother looking for misspellings in the picture here, but see if you can find them on the website. Its a lot easier to correct a blog entry than a piece of art.

If you remember anything about George Orwell’s novel 1984, or even if you don’t, read how current events eerily reflect the future as Orwell invisioned in 1948.

Learn how to fold various paper airplanes with this flash presentation.


A friend wanted to warn me about a medical scam that is becoming more common all over. So ladies, beware of anyone resembling this fellow. (Thanks, Jeanine) 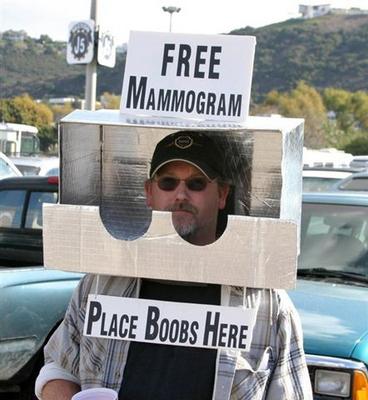 BATON ROUGE, LA. - The White House announced today
that President Bush has successfully sold the state of
Louisiana back to the French at more than double its
original selling price of $11,250,000.

"This is a bold step forward for America," said Bush.
"And America will be stronger and better as a result.
I stand here today in unity with French Prime Minister
Jack Sharaq, who was so kind to accept my offer of
Louisiana in exchange for 25 million dollars cash."

The state, ravaged by Hurricane Katrina, will cost
hundreds of billions of dollars to rebuild.

"Jack understands full well that this one's a 'fixer
upper,'" said Bush. "He and the French people are
quite prepared to pump out all that water, and make
Louisiana a decent place to live again. And they've
got a lot of work to do. But Jack's assured me, if
it's not right, they're going to fix it."

The move has been met with incredulity from the
beleaguered residents of Louisiana.

However, President Bush's decision has been widely
lauded by Republicans.

"This is an unexpected but brilliant move by the
President," said Senate Majority Leader Bill Frist.
"Instead of spending billions and billions, and
billions of dollars rebuilding the state of Louisiana,
we've just made 25 million dollars in pure profit."

"This is indeed a smart move," commented Fox News
analyst Brit Hume. "Not only have we stopped the
flooding in our own budget, we've made money on the
deal. Plus, when the god-awful French are done fixing
it up, we can easily invade and take it back again."

The money gained from 'The Louisiana Refund' is
expected to be immediately pumped into the rebuilding
of Iraq.

Great blog. You got some entertaining links on there! :-)

Thanks for the comment sweetie. I am glad that you enjoy my writing! I love to write and have since I was younger. I even wrote a play once when I took a creative writing class! I wont deny having talent, it is just that I need to utilize it more! Maybe I should post a few of my poems on here or something! Well, I hope you enjoy! Thanks again! Come back anytime! I wrote a lot! *Smiles* and *Hugs*

I bow to the master. What is horrifying is how likely a scenario it is given that he may be back on the bottle says the National EnquirerBush Does Shooters After Katrina?

Anyway, the story was inspiring.

Would it be possible to reprint this in my blog?

Thanks for you comment. I'm glad I'm not the only one who had the Mac Formatting problem. Did it look to you as if it was gone?

Peter, The Peter Files Blog of Comedy
Comedy So Funny You'll Snort Your Beer or Whatever Out - Yuck - Keep that away from the keyboard loser!

Peter, I cannot detect a Mac formatting problem, because I have a Mac, it always looks perfect to me. I have to wait til a PC user alerts me before I know if there's a problem.

Reprint what? Feel free, I don't write most of this stuff! You could link to me somewhere, if you feel generous.

Fyi, I have since reformatted my blog so that now most users can read it without problems even if the sidebar is sometimes below the text.

Please note that I have finally broken silence on the Dick Cheney matter.

Finally, when will Bush sell Tejas back to Mexico?

Oh, I will add you to my list of commentors, please feel free to link to me as well!