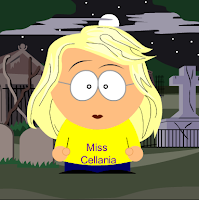 The Little Boy Who Was Almost Anakin Skywalker.

How Science Conquered Diphtheria, the Plague Among Children.

The boy behind the cruel nickname. The story of one First Nations teenager who died at a residential school. (via Damn Interesting)

Every James Bond Ranked. Your mileage may vary. (via Fark)

How Earth Felt When Humans Appeared.

New World Documented in Italy 150 years Before Columbus. (via TYWKIWDBI)

The latest mashup from Bill McClintock combines "I Can't Go For That" by Hall and Oates with "Closer" by Nine Inch Nails. Since "Closer" is so NSFW, even with word censoring, I'm linking it instead of posting the video.

How a Record Company Engineer Invented the CT Scan 50 Years Ago. (via Damn Interesting)

I thought Europe was aware of land over the ocean but thought it was Asia. Well not the peasants but those educated in navigation.

Lazenby never got a fair deal; the deck was stacked against him from the start.  Simply because he was NOT Sean Connery, he came into OHMSS as a marked, targeted man with everybody gunning for him.  Heck, even Timothy Dalton got two tries as Bond (and he was scheduled for a third before the attorneys messed that up with litigation having to do with licensing of the Bond catalogue) before his contract expired and he was replaced by Pierce Brosnan.

Costar Diana Rigg said of Lazenby:
“Poor old George. I don’t know what he’s doing now, but he was definitely the architect of his own demise as a film star. I think he needed help, not in the acting – he was really quite good, wasn’t he? And attractive and sexy. He was just difficult offstage. He kind of thought he was a film star immediately and started throwing his weight around.”

He was offered another Bond film and turned it down, thinking the franchise was over and he could make millions on his own movies, which didn't turn out the way he planned.