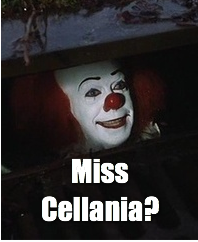 Disease, Demons, and Discord—How the Vampire Myth Was Born.

How Might Animals Evolve in the Next Million Years? (via Metafilter)

Viruses are both the villains and heroes of life as we know it. (via Damn Interesting)

The Mysterious Tragedy of the S.S. Ourang Medan. The crew was found dead, but we still don't know why -and there's a lot more we don't know.

Build the Home Alone House in LEGO! The almost-4K piece set comes in 24 bags so the build can follow the plot of the movie. (via Gizmodo)

You Can Now Buy the Wes Craven Nightmare On Elm Street House for $3.25 Million.

Ten horror movies set in Maine that are not based on Stephen King stories. Some of them were even popular. (via Fark)

How Billionaires Have Fared During the Pandemic. (via Digg)

A blast from the past (2013): TODAY IS INTERNATIONAL CAPS LOCK DAY!

Have a great weekend!
Mark

Okay, bacteriophages could be injected into the human body to fight bacterial infections. But bacteriophages also give bacteria "novel genes that cells can retool to gain new functions." ...What could possibly go wrong?

WHOA! WHERE DO I BEGIN??

Ohio: Of course they're confused,
considering the first flight was
in Kitty Hawk, NORTH CAROLINA. If
I was NC, I'd be all over this.

The S.S. Ourang Medan: Didn't
anyone question that lone survivor
about that large sealed box he
rowed ashore with? Perhaps he
conveniently forgot to mention it?
I don't think so. And this Silvio
Scherli dude. Seems to know a lot
about EXPORTING stuff. It's well
known that some things can't cross
water without assistance. And now
there's no remaining records. . .

Maine Horror: I'm disappointed they
left out the classic zombie movie
"2" - filmed entirely on location
in Biddeford, Maine. Sadly, this
masterpiece seems to have dropped
into history's dustbin, however, I
was able to find the trailer on
YouTube: Movie Trailer - 2.
Full disclosure: I was Zombie 38,
or maybe 39. I dunno, I forget.

Happy Friday, gwdMaine! I didn't know you were a movie star!

35,000 Ohio plates have to be recycled because the plane is flying from left to right instead of right to left? What difference does it make? Talk about government waste.

Bruce - In order for the plane to be towing the banner as shown on the plate, it would have to be flying backward, not something plane are often known to do.

Well, there could be an issue with the Wright Flyer towing a banner as shown "correctly," as the propeller is at the rear of the aircraft. It would not be unlikely that the banner, as depicted, would become entangled in the prop, perhaps leading to the first instance of FOD bringing down an aircraft?