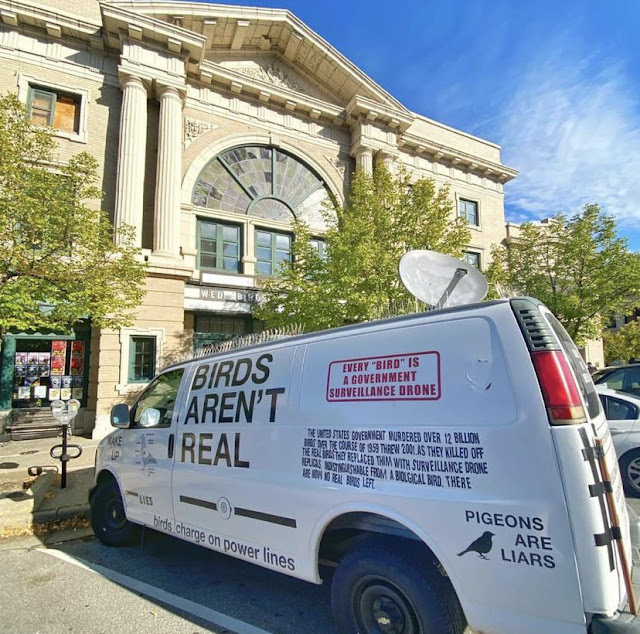 Why not? Makes as much sense as that anti-vax or Trump nonsense!

-sigh- Are you sure? Birds Aren't Real

Recommend going right to the FAQs where everything will be made clear.

You gotta admit that it's totally awesome, the way the government designed the drones to still be able to poop on the statues.

Finally! Someone finally had the courage to say out loud what we all know and were all thinking!

If they're not real, why do they still shit on cars all the time? The government went a bit overboard with making those drones realistic.

This pic would be better if they'd caught this van at a KFC.

I'd love to think this was a joke, but nowadays, who knows?

I'm old enough to remember when SINA — https://en.wikipedia.org/wiki/Society_for_Indecency_to_Naked_Animals — made waves back in the mid-1960s, and this sounds like more of the same.

But I agree with you, Bilbo.  It's getting harder and harder to tell when people are using satire as opposed to people using shit for brains.

My Dad went to college with Buck Henry (not his original name), so when there were news reports from the group asking to put clothes on naked animals in the zoos he saw his picture and immediately knew it was a prank and had a big laugh.