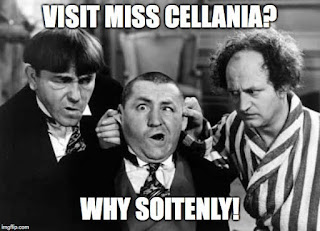 27 Pictures That Show How Out Of Control The Situation At The United States Capitol Was on Wednesday. And videos.

Police Need Help Identifying Famous QAnon Guy Named Jake Angeli From Arizona. D.C. police will give you $1,000 for information about this very famous person who has been identified dozens of times.

An Australian Town’s Identity Rests on a Ship That May Not Exist.

Who Invented the Alphabet? The development profoundly changed the way we communicate.

Why the Vaccine Rollout Has Been Such a Disaster. (via Digg)

Lessons on Enduring a Lonely Winter From Antarctic Voyagers. No video games, no internet, no TV, but plenty of penguins.

Remember That Time a Nuclear Weapons Bunker Blew Up in San Antonio? (via Damn Interesting)

How to keep your cat occupied while you study. Here's another.

A blast from the past (2017): 7 Fun Cold Weather Activities Beyond Snowmen.

Everyone seems to know who Jake Angeli is EXCEPT the police.

As always when dealing with the government on any level you have to be able to translate government speak into English.
For example...
Police are desperately seeking the name of Jake Angeli, a Qanon ... on and on.
Translation into English...
Bad boy, bad boy whatcha gonna do? Whatcha gonna do when they come for you?

All those phone cameras recording miles of video, much of which is being posted on social media and being copied by the NSA and FBI. They'll be able to ID the majority of the perps.
I wonder if Trump can issue a blanket pardon?

-sigh- I'm cancelling my subscription to 2021.
After the 7 day free trial, I'm not interested.