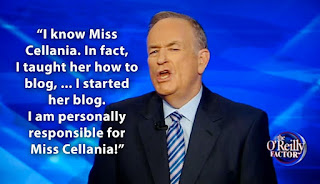 The last Civil War widow has died. She married a 93-year-old veteran when she was 17 years old.

Cat Frozen to Road is Now in Good Hands.

The Lindbergh Kidnapping and a Media Revolution. (via Strange Company)

Scientists investigate radio beam from the direction of a nearby star. Phil Plait has a broader explanation and some cautionary words. (via Metafilter)

It's Not Easy to Rescue a Giraffe. (via Nag on the Lake)

A Calvinesque and Hobbesian look at imaginary election fraud. The latest from Tom the Dancing Bug.

A Brief History of Peanut Butter.

Medieval Coats Of Arms Were Way Sillier Than You'd Think.

50 Of The Worst Hotel And Airbnb Fails.

I'm not generally a proponent of conspiracy theories, but I like the one that says Charles Lindbergh staged the kidnapping to cover up the fact that he himself inadvertently killed his son by shaken-baby-syndrome. Lindbergh was a big enough asshole to have done that.

I knew Bill was responsible for this site!

Thanks for the giraffes. Beautiful animals, beautiful people.