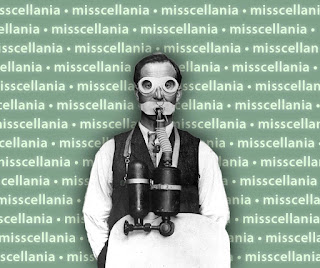 On Abraham Lincoln’s Convoluted Plan For the Abolition of Slavery. (via Damn Interesting)

Maximizing the Expected Value of a Lottery Ticket. What this extremely complex mathematical analysis misses is that the "value" of a lottery ticket lies more in the pleasant fantasy it creates for the buyer than in the actual outcome. (via Metafilter)

The COVID-19 pandemic, which claimed more than 336,000 lives in the United States in 2020, has significantly affected life expectancy.

Why Mainstream Media Is Telling the Whitewashed Version of the MAGA Insurrection. The right doesn't believe election results because they were scrutinized and therefore uncharacteristically fair.

Dire Wolves Were Not Really Wolves. (via Metafilter)

Donald Trump Built a National Debt So Big That It’ll Weigh Down the Economy for Years. That's even without weighing in the pandemic.

A blast from the past (2010): Recluses: Private, Exploited, or Self-Destructive?

I didn't know dire wolves were even real creatures!

Miss C is such a nerd. She teaches us about
muggles, dire wolves, the White Witch and the
One Ring, wibbily wobbly timey wimey stuff,
and the ways of the Force.

Not bad for someone who doesn't have cable TV, huh?

One of my Math professors asked me how I, as a mathematician, could justify buying a lottery ticket. My argument was:
1) The "value" received is immediate. I am entertained by speculating about what I would do with the winnings should I win. I have wasted more money on movie tickets and such where I not only spent my money but also my time. Thus, lottery is a better entertainment value than cable TV and movie theaters.
2) I can afford to just throw away a dollar, so the loss of a dollar is of little cost.
3) While the chance of your lottery ticket winning was almost zero, your chance of winning without a ticket is absolutely zero.
4) These three reasons justify the purchase of a lottery ticket, but they do not justify buying more than one lottery ticket.