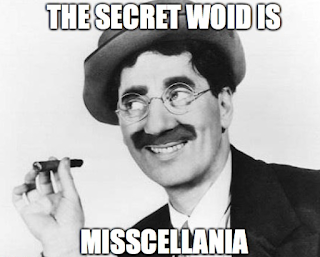 The People v. Donald J. Trump. The criminal case against him is already in the works — and it could go to trial sooner than you think. (via Metafilter)

The graves of three infants were unearthed in Austria in 2005. New DNA analysis of the 30,000-year-old remains have determined that two are identical twins, making them the oldest known twins on earth. (via Strange Company)

Let’s Talk about Black Princesses. It took Disney until 2009 to make a movie about a Black princess, but history is full of notable women of royal African ancestry or marriage who left a mark on society.

10 Great Sci-Fi Tropes (and 5 That Should Be Shot Into Space). There are plenty of video examples to keep you entertained.

Native American Voters In Arizona Showed Up In Force For Biden As COVID-19 Ravaged Tribal Nations.

The People Whose Minds Are Completely Blank. (via Damn Interesting)

How Bad Is It to Eat the Same Thing Every Day? (via Digg)

"These people really think this isn’t going to happen to them. And then they stop yelling at you when they get intubated." (via Fark)

Phil Heckels draws portraits of pets that will make you laugh. He calls them "rubbish" portraits, but if you look closely, you realize that he is a caricaturist.

The scifi tropes article says oppressed robots is a tired trope. An wonderful exception to this is Marvin in Hitchhiker's Guide to the Galaxy. Of course he was more depressed than oppressed.