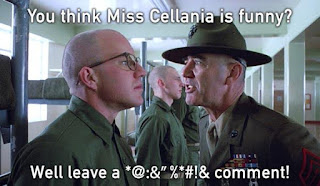 What Color is Your Name? Bernadette Sheridan has grapheme-color synesthesia, meaning she translates text as colors, especially the letters that make up names. (via Mental Floss)

The Rise and Fall of the Telephone Operator. (via Damn Interesting)

My new guilty pleasure is the subreddit Illegally Smol Cats.

Spring Is Here... But It's Still Winter. Leaves and flowers across the South have appeared earlier than in the last 39 years, with some areas reporting the earliest blooms ever recorded.

A Calvinesque and Hobbesian look at impeachment acquittal. The latest from Tom the Dancing Bug.

George Washington Saw a Future for America: Mules. He put a lot of effort into his experiment.

A Twitter thread tells the story of the cat who ate a marijuana cookie. With pictures. (via Bored Panda)

7 Essential Invisible Men (and One Invisible Woman). Brush up on the previous films based on H.G. Wells' 1897 novel The Invisible Man, before the newest one hits theaters February 28.

Man,I forgot Donald and Hobbes existed! And it still gets posts, although not frequently.