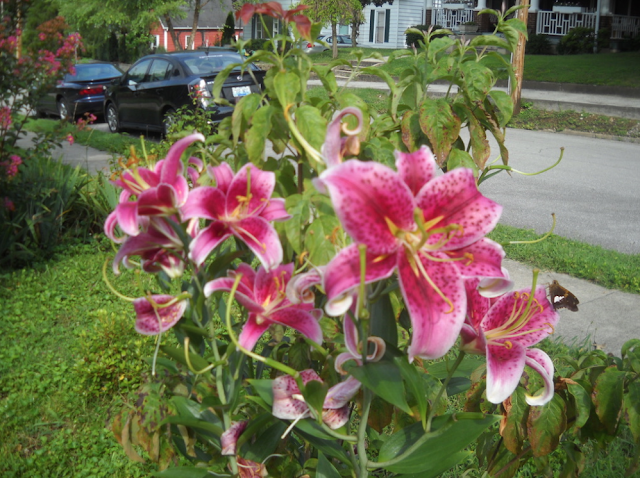 Like every year, I've had to sit and think about it a while to remember if anything notable has happened in my personal life. A few things have changed.

Late in the year, I managed to get back to working from home full time. Well, sort of. I'm not working as much and I'm making half as much money, so I call myself semi-retired. But I got an opportunity to write for the new website Considerable, which I very much appreciate, and a slightly-expanded role at Neatorama. I am also contributing a little to Geeks Are Sexy, again. Therefore, I was able to end my year of working as a part-time grocery store baker. I learned a lot there, about corporate politics, the advantages and drawbacks of labor unions, and oh yeah, baking. It took about three months for my left shoulder and my right wrist to stop hurting, and I appreciate the luxury of sitting down and standing up without pain. By January, I'll probably be back up to my normal weight.

My daughters both entered their senior year in college. Princess' husband (I should refer to him as the French Prince) will complete his education in the spring, too, with a master's degree in computer programming. He doesn't yet know where he'll be working after that. Princess is preparing to join him in some new place, probably in France, for a very different life. Gothgrrl is busy trying to get into veterinary school. She's already had a few interviews and one acceptance, but it was be spring before she knows where she'll go.

One of my stepdaughters got married in 2019, so that's four of the six sisters married, all but the youngest two. Another gave birth to her second child, which makes five grandchildren.

Three years after GoGo died, I finally got another cat. You recall the kitten Frisby? She's ten months old now, still tiny but happy. I have a feeling she'll always be the smallest cat in the colony.

The garden did well this year, and I now have a freezer full of squash, so I can skip planting that in 2020. The flowers were delightful, as you can see in the picture here. The mower and tiller got repaired, as well as two furnaces, and I replaced the water heater when it fell apart. I'm still doing without an oven a year later, and don't miss it. But I'm coming around to the idea that my kitchen will have to be completely remodeled in a few years, as my cheap cabinets are rotting away. The same with the back deck.

Right now, both girls and my son-in-law are here. Princess and the French Prince will most likely not be here next year, and Gothgrrl's future is up in the air, so we are packing all the fun we can into this last week of school vacation. Happy New Year, everyone!

Thank you, and happy New Year to you and yours!

And may 2020 be a better year for all of us, except Trump and his evil hench.

Wishing you the best of luck in 2020. I sure enjoy your blog. Thanks.

wishing you and the kids all the best in 2020