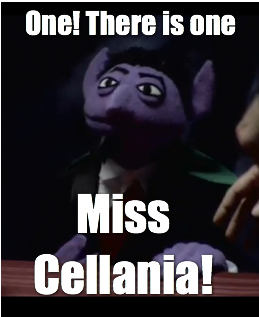 Years ago, Spongebob Squarepants sold chocolate door to door. Viewers remembered this ridiculous scene. And some folks did a spot-on cosplay of it at New York Comic Con!

What 3.5 Million Books Say About Men and Women. The adjectives most used are quite different. (via Boing Boing)

The Life, Death, and Afterlife of Charles Dickens’s Raven. (via Strange Company)

One Mai Tai, Hold the Colonialism Please. The next generation of bartenders is working to undo the original sin of tiki. (via Digg)

The Last Mam­moths Died on a Re­mote Is­land. What made them different from the ones who died earlier? (via Kottke)

Useless Police Robot Fails to Call For Help When Needed. The $60,000 robocop is quite limited in its abilities.

You've seen costumes where you swap out your legs for some creature's legs, and it's usually pretty funny. This T-rex costume uses the same idea in a totally different class.

Tomorrowland’s empty hope. Walt Disney’s 1955 dreamworld is painfully out of sync with the present. Can it survive?

Hello young lady! Did you say chocolate? Vimeo doesn't like
your link. Something about copyright infringement blah blah.

And this is the full scene:
https://www.youtube.com/watch?v=Bxpdqc84hQI

Ha! So having to use a cell phone to call 911 is now "old fashioned" (useless robocop)

Thanks, gwdMaine! I've switched out the dead video link for yours.

I tutor two kindergarten students each school year. For sight words, which they have to learn in order to read (these are words you can't sound out; you just have to memorize them), I use Fry's list in terms of frequency. For example, the most used sight word according to this list is "the."

I started to notice that male words were on the list of the first 30 words more than female words. For example, "him" but not "her." I figured, like the study of adjectives describing males and females, that this was because of gender bias, that male words like "he" and "his" appeared more in literature than "she" and "hers." So I adjusted my first 30 words so that every time a male word appeared, there was also a female word.