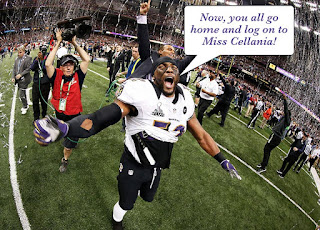 The Weird and Mystical World of Sleepwalking. A short history of somnambulism that covers famous cases, scientific research, and pop culture.

Why I Judged Crazy Rich Asians By Its Title. Angie Tian Tian was surrounded by other Asian immigrants, but still didn't fit in.

Dragon Gets Its Worthless Hoard Appraised at Antiques Roadshow.

Why Did Mike Pompeo Slash the Number of Refugees Allowed in the United States? It's at a 40-year low, and still plunging: “They’re doing this to make a point: ‘Don’t come here. We don’t want you.’ ”

Should the Nobel Prizes Be Canceled for a Year? It would be a chance to return to the awards' original standards.

Philadelphia Threw a WWI Parade That Gave Thousands of Onlookers the Flu. The city shut down completely to deal with the epidemic.

Is This the Most Magical Meal on Earth? Dinner at Disneyland’s 21 Royal will cost you $15,000, but that's for 12 people and includes park tickets.

A New Discovery Shows That Galileo Edited His Ideas to Fool the Inquisition. The scientist's 1613 letter detailing his views on the Bible had been lost for 250 years. (via Metafilter)

What’s the Maximum Gravity We Could Survive? We need to figure that out before we select an exoplanet to colonize.

11 Tasty Ways to Celebrate Autumn. It's time for apples and pumpkins and don't forget the maple syrup!