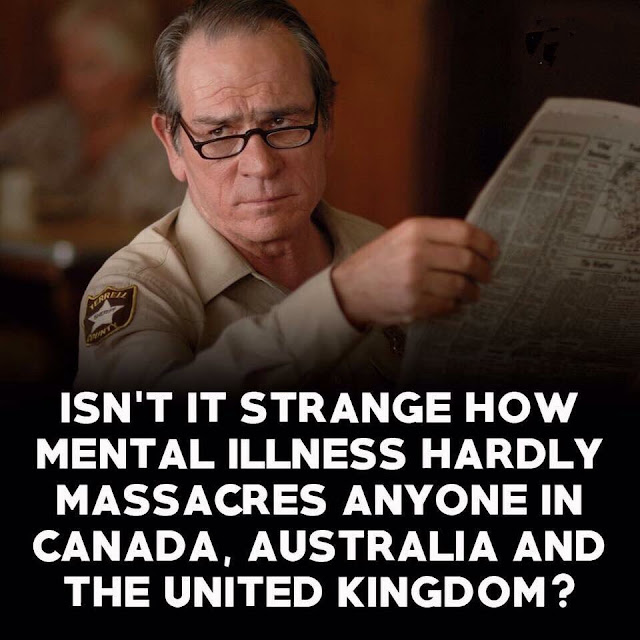 Just a wee question.
Why are the victims and the public not given a list of the medicines he was taking?

Gelvan Tullibole 3rd, I'm sure that has to do with patient privacy laws. I don't know that he was taking any medications. We do know that he bought at least ten rifles in the last year. And he was reported to the cops many times. A young white man gets the benefit of a doubt until he kills 17 people, while a black man can be shot to death for a broken tail light.