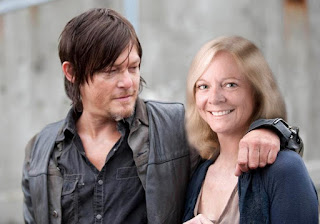 A Beer and a Smoke. A look at early TV advertising.

The Boys Are Not All Right. On the culture of manhood and how it’s failed both men and women. (via Phil Plait)

How an Early Travel Writer Became an Immunization Pioneer. Lady Mary Wortley Montagu went to Turkey and became a fan of variolation.

How The NRA Lost Its Mind. The history of a decent organization that eventually sold its soul to the devil.

How Do Birds Learn to Sing? Singing is both instinctual and learned from other birds.

America’s Secret Ice Base Won’t Stay Frozen Forever. When the glacier hiding it is gone, environmental hazards will be exposed.

All 11 Versions of the U.S.S. Enterprise, Ranked. With each described in excruciating detail.

How Tennessee Became the Final Battleground in the Fight for Suffrage. The process was much dirtier than we ever learned in school.

Ishmael Beah tells what it was like to go from child soldier in Sierra Leone to high school student in New York. His classmates couldn't figure out why he was so good at paintball. (via Metafilter)


The Secret Underground Life of Newborn Meerkat Pups. Nature photographers fitted a meerkat with a camera to get a look inside.
Posted by Miss Cellania at 2/23/2018 07:00:00 AM

Yea the NRA sold it's soul to the devil. Libs want to take away freedoms and rights one at a time but the NRA lost it's mind. First it was freedom of speech, then innocent until proven guilty in a court of law, now it's the right to protect yourself. Sounds like the playbook from every despot in history. You want free health care and only cops have guns, why don't you spend your time in prison?

Q: How many NRA Spokesmen do you need to change a
light bulb?
A: More guns.