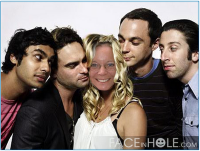 What's Cooking? Learn some of the basic techniques and what they're used for.

The Cabinet of Dr. Caligari: The World's First Horror Movie. Read how the 1920 murder mystery set the stage for the entire genre.

Can We Detect Aliens by Their Space Junk? It's more likely than picking up communication signals, but still not very likely.

“They Were Assumed to Be Puppets of Martin Luther King Jr.” For decades, we’ve been replaying the same absurd partisan debate over whether to take high school activism seriously.

Nine Critics Make Their Cases for Each of This Year's Best Picture Nominees. One of them will be revealed as correct this Sunday night.

Gin: How the Liquor Known as Mother’s Ruin Went from Scourge to Savior. Includes the story of the cat-shaped gin vending machine.

A Different Approach to Homelessness. The homeless camp on Foremaster Lane in Las Vegas will not only be made permanent, the city is fortifying it with essential services.
Posted by Miss Cellania at 2/27/2018 07:00:00 AM

If astronomers can identify extraterrestrials by looking at their space junk, why don't they move the telescopes a little higher and look at the aliens' faces?

Heehee! I knew there was a joke in there somewhere!