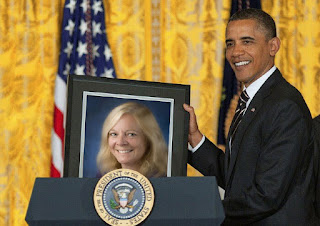 The Uber Tuber. The distinguished history of the potato.

America Is Under Attack and the President Doesn't Care. His only reaction to anything is how it affects him personally.

Five Surprising Things DNA Has Revealed About Our Ancestors. Our genes are largely the result of travel and intermingling.

The Well-Dressed Suffragist. A true capitalist can see the value in any political movement if there is enough money to be made from it. (via Strange Company)

What We're Still Not Teaching Kids About Consent.

How a urine test after back surgery triggered a $17,800 bill.

Waking a sleeping rabbit with an air horn. (via reddit)

The Presidential Portrait That Was the “Ugliest Thing” LBJ Ever Saw. (The artist did not take that comment kindly.)

In the game Robot Mind Meld, the object is to come up with the same word as a robot in as few steps as possible. Keep in mind that the robot is not as intuitive as you are. (via Metafilter)

The Father Of Artistic Figure Skating. It was all about making a perfect figure 8 on the ice until Jackson Haines came along.
Posted by Miss Cellania at 2/19/2018 07:00:00 AM