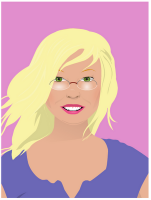 The Medical Dangers of Kissing.

Trevor Noah puts into words the anxiety we feel when we think about how Donald Trump will run the U.S. as chief executive officer.

The Development of the Proper Medicine Cabinet. (via Metafilter)

A Hypnotic, Interactive Map Predicts Migration as Animals Become Climate Refugees. If they find a better environment, it might not last forever.

24 Stunning Wedding Cakes. It seems almost a shame to eat them.

The Rapidly Accelerating Backwards Creep of Oscar Season. Awards season had already started, before some of the movies in contention are even released.

A wildfire in the Great Smoky Mountains has forced an evacuation of Gatlinburg and Pigeon Forge. Three people have already lost their lives.

The misleading myth of the 'Middle Ages.' That era needs a new, more meaningful name.