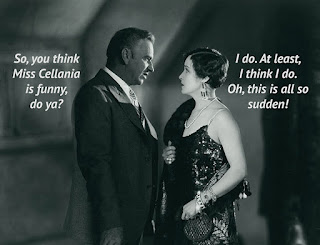 8 Wild Movies. Check out these nature films for something wild and different to watch.

Inside Laredo, the Secret, Members-Only Wild West Town in England.

How Seattle Gave Up on Busing and Allowed Its Public Schools to Become Alarmingly Resegregated. It’s happening in other cities, too.

The 100th Anniversary Pulitzer Prize Winners. Journalism worth looking up and a musical worth saving up for.

The Difference Between Normal Food And Hipster Food. Color and packaging make all the difference.

Fear the Walking Dead: A Cultural Mirror That Explores Territory Its Predecessor Can’t. The spinoff fills in some of the gaps the The Walking Dead glossed over in its race to action scenes.

An Acoustic Analysis of Freddie Mercury’s Voice. The science says, yes, he was phenomenal.

How a 26-year-old white woman died a horrible death in an American jail. Hundreds of people die in jails every year, and most haven’t been convicted of any crime.

How a Charm Bracelet Inspired the Monopoly Tokens. And how those tokens changed over time.
Posted by Miss Cellania at 4/20/2016 07:00:00 AM