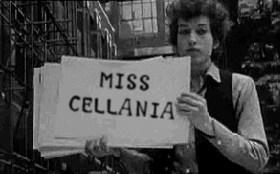 The Origins of 12 Neigh Sayings. An awful lot of English idioms are fashioned around horses.

Read these pictures top to bottom, quickly. You’ll have to click once to get all of them to load. It’s Bo-MEME-mian Rhapsody.

Every Disney Song Ranked from Worst to Best. Tarzan was robbed, and “I’ll Make a Man Out of You” should have ranked much higher. (via Metafilter)

The Secret History Of The Photo At The Center Of The Black Confederate Myth. Two families with the same last name see Silas Chandler’s participation in the Civil War in very different lights.

Photos of an Abandoned Cleveland Vaudeville Theater Turned Rock Music Venue. The decayed grandeur is scheduled to be restored to its former glory.

Apartment Inspections: 10 Things to Check. If you find something wrong after you move in, your landlord is liable to blame you.

The Battle Over the Sea-Monkey Fortune. You don’t own a company just because you bought a lot of their product.

A feminist among the centerfolds. When Playboy magazine contracted a woman to write about feminism, it turned out all they wanted was a hit piece.